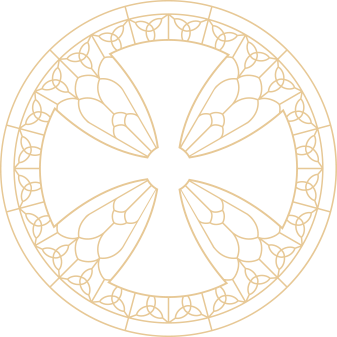 The Story of a Pope, Monks, and Winegrowers

The guardians of an exceptional history, the monks and nuns of the Abbeys of  Le Barroux, together with the Caritatis winegrowers, have the joy of introducing to you the heritage of a two-fold wine legacy: that of the oldest papal vineyard planted in 1309 by Pope Clement V on the lands of our Canton, and that of the monk-winegrowers, creators of the great vineyards of France.

The goal of our vineyards and our CARITATIS wines is to commemorate this heritage. Discover an exceptional vineyard cultivated according to a set of requirements that is unique in Provence. Most important of all, discover the underlying spirit that inspires the monks and winegrowers in this shared task.

The President of the Wine Academy of France, Jean-Robert Pitte, honors us by supporting this commemoration of our monastic and papal wine heritage. The oenologist Philippe Cambie has provided his talent, experience and encouragement. Jean-Dominique Artaud, former head of the Domaine de Janasse in Châteauneuf-du-Pape has kept a close eye on the vineyard and given us invaluable advice. And Michel Trama, the renowned chef, has offered his expert suggestions for food and wine pairings.

The CARITATIS wines will be ambassadors for the best of the history, the wines, and the terroir of Provence. And we especially hope to participate in spreading a Spirit of Charity, which is at the heart of the terroir that produced them.

Enter into the Caritatis Spirit
by purchassing the wines
and then discover its secret.

Without Charity I am nothing

CARITATIS or the spirit of mutual service, generosity, sharing and giving – the guiding light of the Monks, Nuns and Lux Montis wine growers in their winemaking collaboration.

CARITATIS as a song of thanksgiving to Mother Earth who has given unsparingly to the children of man since the beginning of time.

CARITATIS to pay tribute to the generosity of our fathers, who through hard work and sacrifice, have handed down arable land to us and turned Provence into one of the most beautiful gardens in the world.

CARITATIS like a tree planted today for future generations so that nothing shall be lost of our heritage, not even the slightest fragrance.

CARITATIS as a sign of welcome to our lands in Provence which we take loving care of so as to turn them into a joyful, inviting garden.

CARITATIS for France, this country of ours, whose genius and freedom have always drawn their energy from their roots in the earth.

CARITATIS as a symbol of Charity, the greatest of all realities, which in our western culture has always been symbolized by the vine and wine.

CARITATIS to share with you the mutual Charity which exists between monks and winegrowers and to promote a spirit of Charity in the world.

CARITATIS so that our wines can help charitable works in the spirit of the sales of the Hospices de Beaune.

CARITATIS as a song of praise sung by the monks for the Glory of the “God of Charity”, which began to shine on the day when, in Cana in Galilee, Jesus came to the help of a poor young couple and their wedding guests by changing 600 litres of water into vintage wine.

View from
the French Wine Academy

« The Abbey of Le Barroux is one of the four monastic communities who have chosen wine making as their main manual labor.  Its monks produce bread and olive oil, all of these being very present in the Old and the New Testament.  As He proved at Cana, Jesus loved good wine, even to the point of making it, with the bread, a species of the Holy Eucharist, on the eve of his death.  The numerous mentions of wine and vines in the Bible are proof that a good wine is like a prayer of praise offered to God.

This is the reason why the monks of Le Barroux decided to join forces with the Caritatis winegrowers and some excellent professionals in order to contribute to the growing reputation of the “Ventoux appellation”. The unique high terrain is well-suited to the production of beautiful, lively wines.

The history of winemaking in Christian Europe is directly linked to monastic life.  Since the Middle Ages, many communities have striven to honor God with the finesse and splendor of their wines, as well as their architecture, liturgical chant, calligraphy and book illumination.  It is obvious that the wine used for the Holy Sacrifice and Eucharistic Communion should be the finest.  The wine that we drink must reflect the work of its makers.  Jubilation is one of the easiest paths to knowing the ways of the Lord.  This is the spirit that guided the monks of Cîteaux, who used the Clos de Vougeot as a laboratory for high quality wine production, even though the terrain itself was not of the best quality in the Côte d’Or region.

Caritatis is the name chosen for these new wines with a forthright, direct personality, reminding us of the 1,000 year old hymn: Ubi Caritas et Amor, Deus ibi est».

Jean-Robert Pitte, from the Institute, President of the Academy “Vin de France” 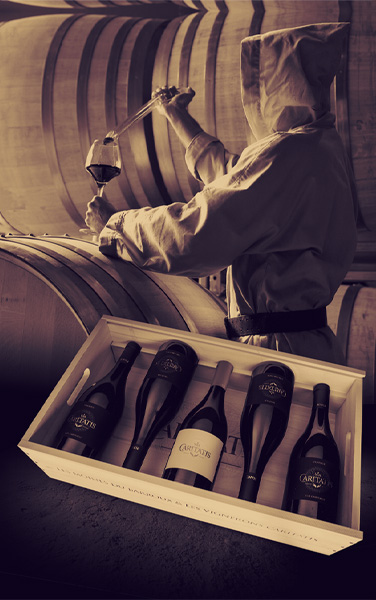 ARE YOU BASED IN THE US?
Visit our US based website and buy
the wines online!

No,
I continue my visit on the generic website

ALCOHOL ABUSE IS DANGEROUS FOR HEALTH.
TO CONSUME WITH MODERATION

VIA CARITATIS
CONTACT US
To contact us or have any informations, please fill the following form. Remember to add your contact information so we can answer.
SEND
×
Thank you, we will get back to you as soon as possible!